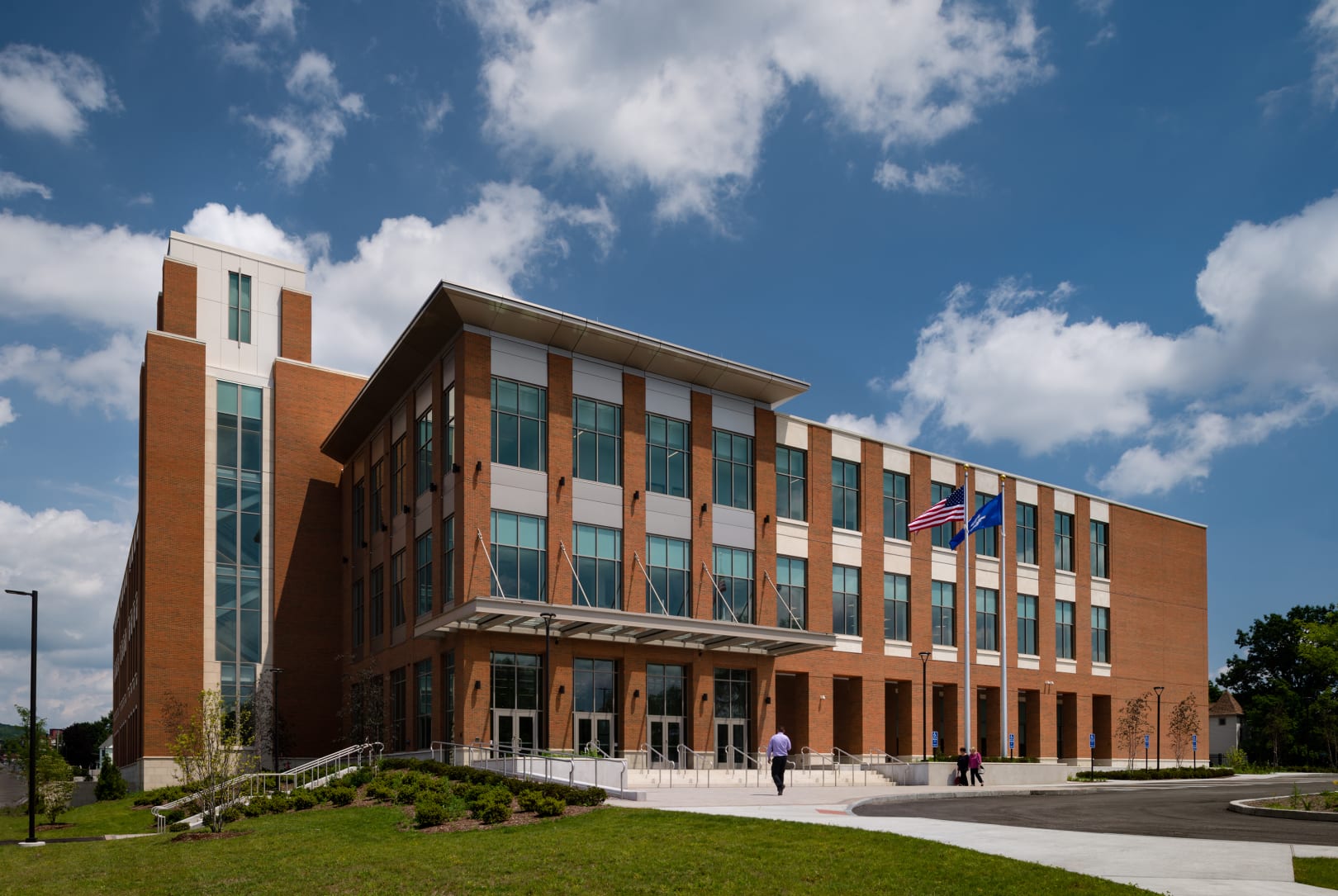 Stephanie O’Neil is an Assistant Public Defender in the Torrington office of the Connecticut Division of Public Defender Services. She has more than 10 years of experience representing indigent clients in both misdemeanor and felony cases. Before she became a public defender, Stephanie worked as a private criminal defense attorney. Stephanie received her JD from Western New England University School of Law and holds both an MBA and bachelor’s degree in Sport Management from Southern New Hampshire University.

From college athletics to public defense

Stephanie was a college athlete with dreams of becoming an athletic director, but a law elective taken as part of the MBA program at Southern New Hampshire University convinced her to pivot. Shortly thereafter, she enrolled in the JD program at the Western New England University School of Law and discovered a passion for criminal law that has fueled a distinguished career in public service.

“I interned at the public defender’s office the summer of my first year, and I was hooked. I felt passionate about fighting for the underdog and being in court every day, and I could not wait to become a public defender upon graduation.”

Roles and responsibilities of a Connecticut public defender

There is no typical day in the life of a Connecticut public defender, according to Stephanie. She could be working on low-level misdemeanors in her local courthouse, helping a client enroll in a substance abuse treatment program. Alternatively, she may be working to suppress evidence in a more serious felony manslaughter case. The cases she remembers most clearly though are those involving borderline juveniles who are ultimately transferred to adult court.

“We really try to help the young ones, because we don’t want them to be doing life on the installment plan. Whether it’s issues with the school to prison pipeline or stable housing, we try to help clients with their legal issues while also providing the best emotional support possible.”

Stephanie finds herself working on up to dozens of cases at a time, and the evidence presented in these cases has transformed throughout her tenure as a public defender. Her early cases in New Britain involved relatively limited digital discovery that was shared on physical hard drives. Now she’s regularly receiving large volumes of cell phone videos accessible via the click of a button on a cloud-based platform.

“Before using JusticeText, I would literally play the video, stop it, write down what it said, record the time-stamp on a piece of paper, double-check what I wrote, and type in a spreadsheet or Word document.”

Stephanie was sometimes able to have evidence manually transcribed by a third-party vendor, but the service was so expensive that it was only available for certain cases and certain pieces of evidence. With limited additional administrative/paralegal support, Stephanie was stuck independently conducting due diligence on dozens of hours of video footage. “Oh my god, it was arduous. My version wasn’t as accurate as I wanted it to be, but I had to make do, because the process was so time-consuming.”

Evidence review after the implementation of JusticeText

JusticeText has fundamentally changed Stephanie’s workflow. She was recently working on a case in which the state prosecutors provided 14 additional voicemails just 36 hours before a scheduled hearing. Instead of dedicating hours to manual review, Stephanie loaded these files to JusticeText and leveraged the tool’s automated transcripts to identify sections relevant for cross examination and determine precise time-stamps. Armed with additional insights, Stephanie was able to persuade the judge to dismiss all of the charges against her client.

“It was abundantly clear that we were more prepared than the state expected, and we owe a lot of that to JusticeText,” she told us.

Deputy Chief Public Defender John Day shared this story with all of the attorneys, investigators, and support staff in the Connecticut Division of Public Defender Services, and he told the JusticeText team this was one of the biggest reasons he was excited to purchase 75 licenses to the platform for approximately a third of his staff. Stephanie is eager to continue using JusticeText and wants to see how the tool helps the office provide better representation to indigent clients across the state of Connecticut.

“I think body-cams help everyone involved. It helps the state show what their case is like; it helps me tell my client about the strength of their case. It keeps everyone accountable, and this tool is going to be invaluable when you know you have an evidentiary hearing or are going to be on trial.”