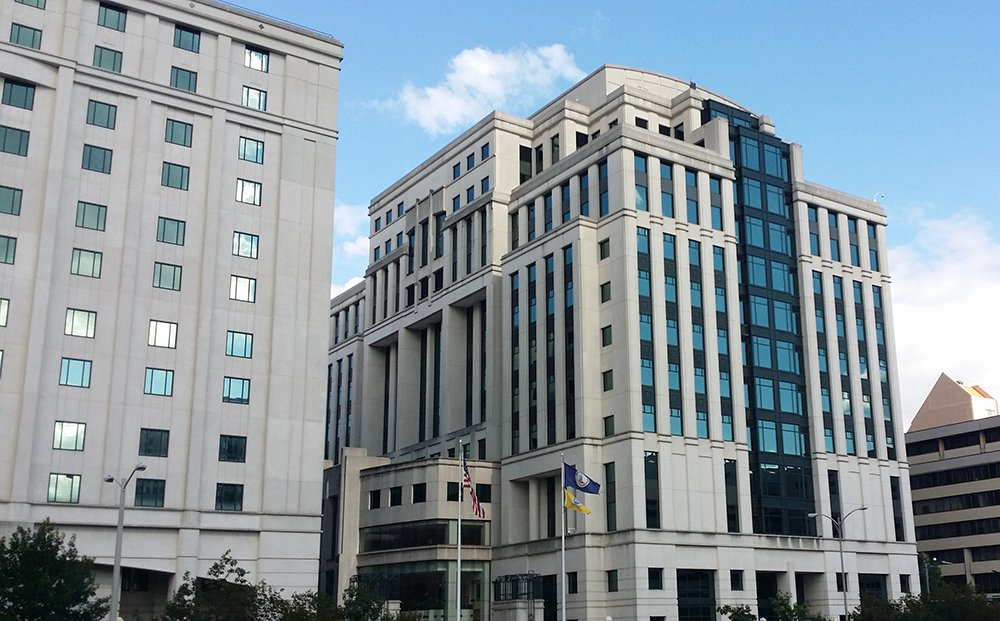 JusticeText is pleased to announce our annual contract with the Virginia Indigent Defense Commission (VIDC) to roll out our platform within 9 offices across the state over the next year. VIDC is the state agency which oversees the Old Dominion's 460 public defenders, who collectively represented Virginians in more than 75,000 cases during 2020.

"When Leslie [Jones-Dove] and I first started JusticeText, we had read reports by VIDC on the massive impact of digital discovery on the already overburdened caseloads of their public defenders. The fact that we were able to connect with so many chief defenders across the state and actually begin working together is so incredibly exciting," said Devshi Mehrotra, JusticeText co-founder and CEO.

The partnership between VIDC and JusticeText will provide 125 defense attorneys, investigators, and other staff within offices across Virginia with access to our platform. The deployment of this tool will help these defenders manage the rapidly growing amounts of audiovisual evidence they see each year.

The Department of Justice estimates that 80% of criminal defense cases involve some form of digital evidence. New technologies like police body-worn cameras and widespread private surveillance are driving a sharp increase in the amount of digital evidence public defenders must review.

Virginia's public defense system is no exception. A survey commissioned by VIDC of more than 162 Virginia public defenders found that 94% work in localities that have or are implementing body-worn cameras. 48% of defenders reported spending 6 or more hours per week reviewing BWC footage, and a further 73% said that they were “unable at times to do other case-related work due to the time demands of viewing BWC footage.” These concerning results mirror earlier conclusions of a 2018 working group requested by the General Assembly. The trade offs of audiovisual evidence are real.

Since using JusticeText, public defenders have already begun experiencing some of the platform’s early benefits. "Just the convenience of being able to work on preparing the transcript without having to take everything from my office home with me. I can work on my home computer any anything I do it's ready here in the office because it's all web-based. That's been fantastic," said Danville Public Defender Joe Schenk.

Hampton Public Defender Matthew Johnson indicated that JusticeText has been particularly helpful in DUI cases because of the software’s video clipping capabilities.

“[JusticeText] is saving us a tremendous amount of time,” he said. "The judges in the DUI trials are seeing the relevant portions of the video, at least what we think is relevant to us, which is awesome."

JusticeText will empower Virginia's public defenders with software that streamlines the time involved in reviewing audiovisual evidence. Our platform automates transcription and makes viewing video very easy, freeing hours every week that defenders can spend advocating for their client.

"JusticeText is going to allow us to deal with a great thing that's also a big challenge: digital evidence. Our attorneys want the footage; it reveals so much. And in a lot of cases, it's leading to acquittals or much, much better results," said David Johnson, Executive Director of VIDC. "But you don't want that to come at the expense of other things you need to be doing for your clients..So our hope is that JusticeText will be an effective tool to help [our attorneys] have more time for their clients."

JusticeText has served more than 15 public defense offices, including Still She Rises, Queens Defenders, and the Public Defenders Services of the District of Columbia. We graduated from the most recent class of Cox Enterprises Social Impact Accelerator powered by Techstars in late April and have focused on rapidly expanding since them.

JusticeText will invest our earnings from this contract with VIDC directly into the platform. We plan to hire additional engineering staff to enhance performance quality and develop new, useful features for our users. This signal of support from a major state public defense system like VIDC will tell other systems that JusticeText is ready to furnish their attorneys with the tools to take full advantage of the opportunity of digital evidence.

JusticeText is excited to help VIDC and other jurisdictions make the most out of new forms of crucial evidence like body-camera footage and other recorded interactions between police and the general public. We are proud to support and enhance the service public defenders provide to their clients.

"Without the infrastructure to help attorneys make sense of digital evidence, it can actually be more damaging than helpful. The goal for JusticeText is to be a tool that helps public defenders be even better, more zealous advocates for their clients and to arrive at the truth as quickly as possible by using technology to expedite the process."