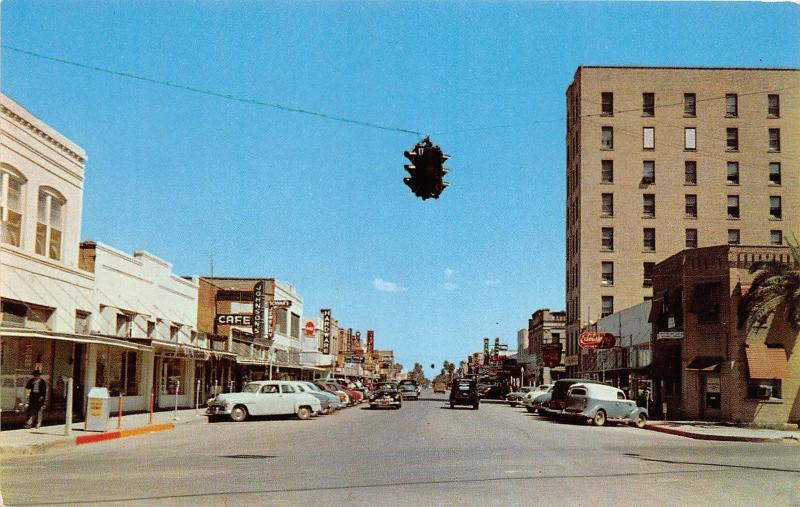 An early commitment to public defense

Tanairi Alcaraz was born in California to Mexican immigrants, who moved back to Mexico for 10 years and then re-settled in Stockton. “I was raised in a community that was predominantly immigrant and working class,” says Alcaraz. In that community, she got to know people who had frequent interactions with immigration enforcement and the criminal justice system – experiences that drove her passion for public defense. Today, as an attorney for Texas RioGrande Legal Aid, the largest legal aid provider in Texas, Alcaraz serves people dealing with the same challenges as her childhood neighbors in Stockton.

“This work gives you a unique experience – it’s not the usual connection you make to humans,” Alcaraz says of her work advocating for her clients. “You don’t often get to experience that level of emotion, and be there for them. It’s why I love my job.”

The best part of her work, Alcaraz says, is digging deep into evidence and preparing the best possible case for her clients. “It’s about prepping those cases, getting them ready for trial, and figuring out how they’re going to shape up,” she says.

The discovery process starts early – often before Alcaraz even meets with clients. That way, she can have productive conversations with clients based on what she sees in relevant audio and video files. But the process of reviewing audiovisual evidence is time-consuming.

“We often have to watch the same video multiple times because the district attorney gives us several disks from different cameras.”

“Sometimes it’s obvious the videos are the same, and sometimes it’s not, which means you can’t really skip them. And then we have to repeat that process with the state.”

With files running between 30 and 45 minutes, Alcaraz might have to spend an unneeded 1.5 hours watching and transcribing repetitive video, simply for due diligence, and annotating relevant parts of evidence and testimony – and that’s just for one case. Multiplied by her many clients, dozens of hours may go toward viewing video that could be used to consult with clients.

Alcaraz began using JusticeText to review evidence for a murder trial, including dash-cam video as well as interviews.

“In the murder case, we had a massive amount of video that needed to be reviewed, annotated and indexed,” she says. “I used JusticeText for the annotation, as well as to flag areas we were looking at, like suppression issues and the specifics of the offense. We’d need to identify those items when we went to trial.”

For Alcaraz, the greatest value of using JusticeText was the ability to scan through the transcriptions created automatically by JusticeText, without the need to play and watch every minute of video.

“Sometimes the videos don’t contain that many words. The participants are often sitting around, waiting for things to get going,” Alcaraz says.

“I used to have to do two passes through any video and audio discovery. JusticeText allows me to do just one pass through the content, cutting the amount of time that I spend on review in half.”

The timestamps within JusticeText transcripts were similarly useful, helping Alcaraz easily annotate valuable content directly in the transcript so she can find the material during future interviews as the case nears trial.

“Discovery is something you never get away from. At every point of the case you’re working with discovery, whether it’s advising a client about options, or you’re negotiating, or you’re getting ready for trial. JusticeText has been so helpful during these processes.”